by Sotheby’s and Gagosian

(RED) Auction Catalogue presents an unusual selection of fifty-plus contemporary and modern art and design works centered on the themes of light and the color red, comprising the auction lots from the December 2018 (RED) Auction. The event, organized by Sotheby’s and Gagosian and curated by artist Theaster Gates and architect Sir David Adjaye, raised $10.5 million in funds to support the fight against AIDS (the auction achieved $5.5 million and a match from the Bill & Melinda Gates Foundation raised the total to $10.5 million).

Tra collaborated with Sotheby’s to produce this (not-for-sale) catalogue commemorating the auction. Artists and designers whose works are showcased include Jenny Saville, Zaha Hadid, Ai Weiwei, Rachel Feinstein, Theaster Gates, Christo, Kiki Smith, Le Corbusier, Jeff Koons, Frank Gehry, Christian Louboutin, and many others. The catalogue includes a foreword by Bono and an interview with Gates and Adjaye conducted by Thelma Golden, director and chief curator of the Studio Museum in Harlem. Gates, discussing their choice of light as a governing idea or theme for the works in the auction, said, “We wanted to…play with this idea of light—the implications of light in both art and artistic practices. But…it was also about shining light on a subject…that needed more understanding…more dignity…more information…The issue of AIDS needs light shone on it again and again…until it’s over.”

THIS PUBLICATION IS NOT AVAILABLE FOR SALE

“Not every work of art shouts its politics from the stoop. But every piece in this catalogue is here because their creators and curators were willing to join the fight, to bring an end to AIDS, to let in the light…” — Bono

(RED) is a project funded by Bono and founded in 2008; fundraising auctions with Sotheby’s have occurred every five years. The 2018 auction, which began on World AIDS Day (December 1), took place during Art Basel in Miami Beach and Design Miami/; the works were exhibited by Gagosian and the auction was conducted by Sotheby’s.

Catalogue is not available for sale 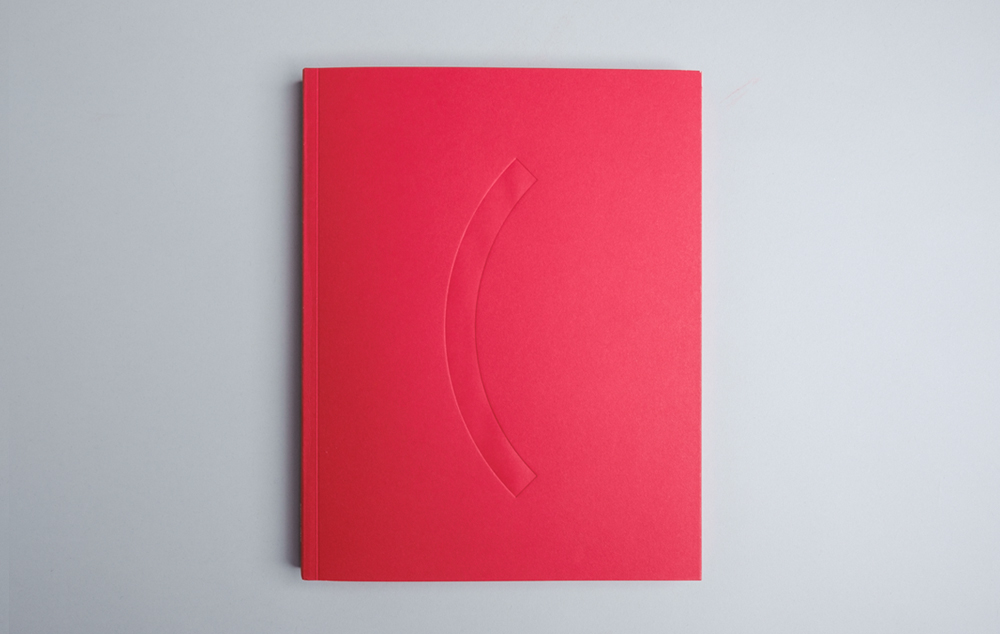 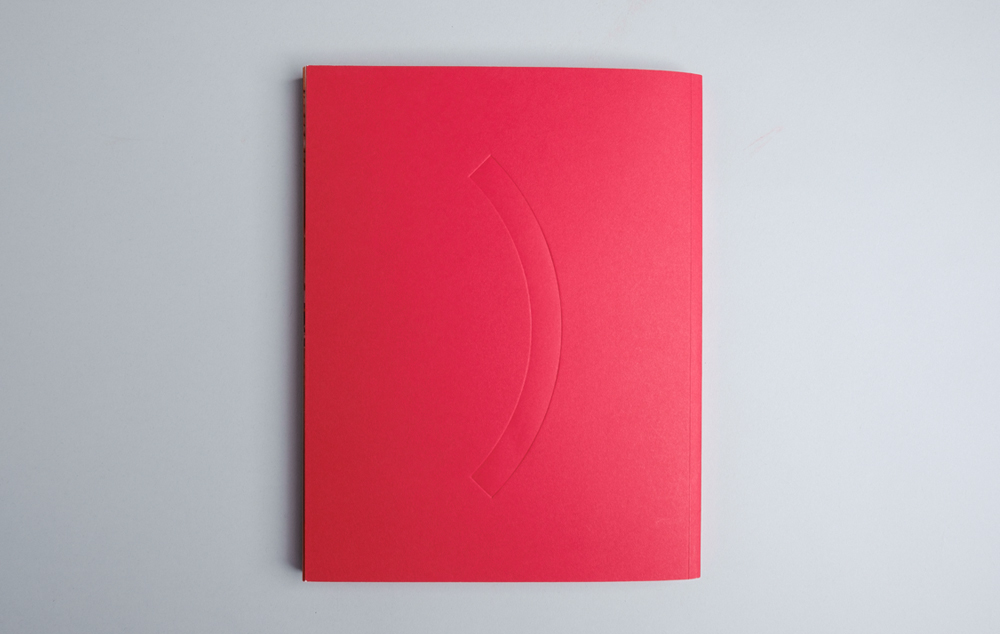 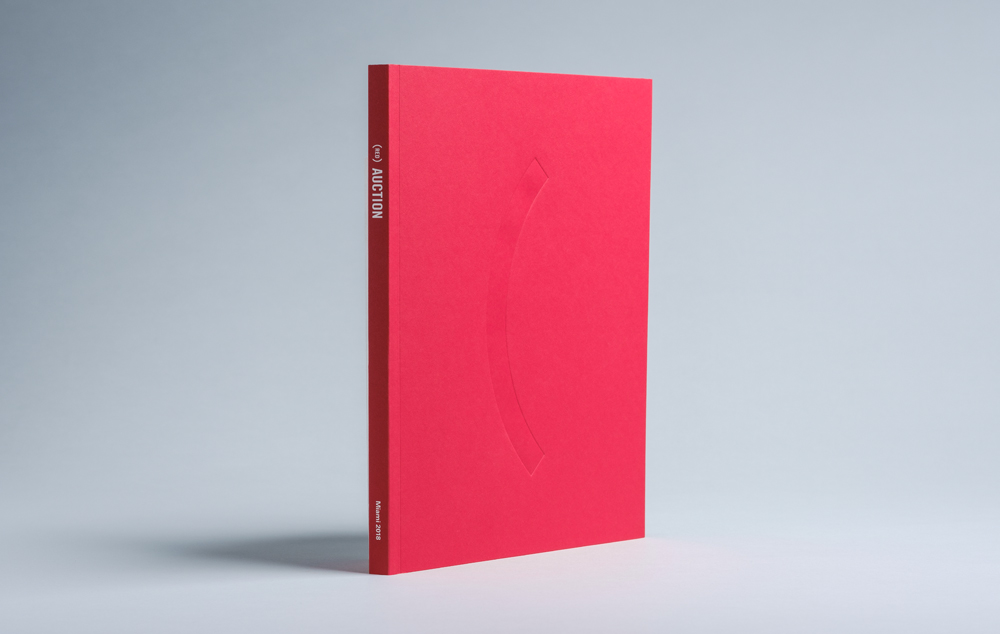 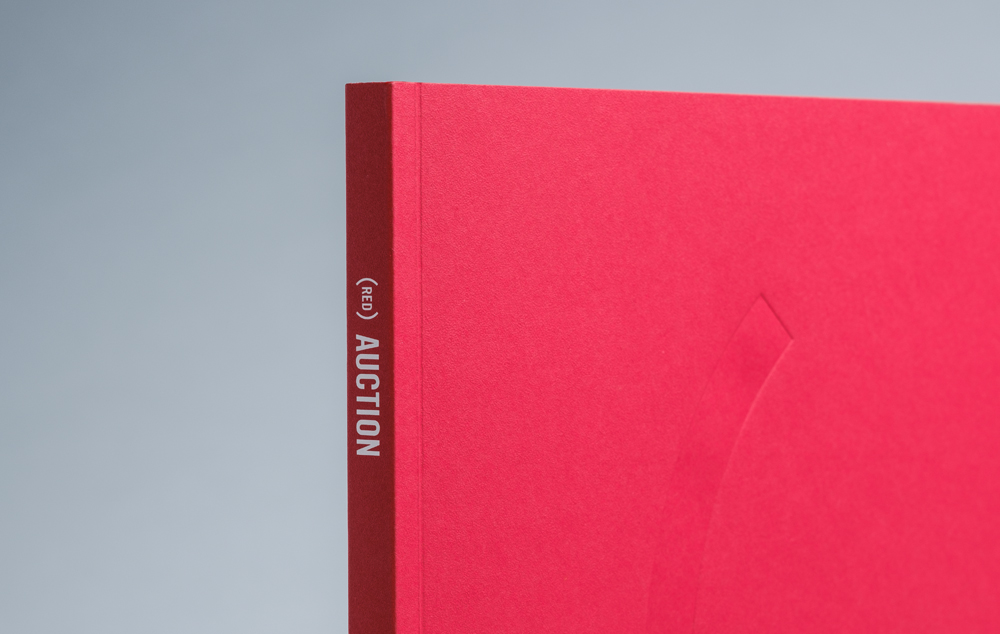 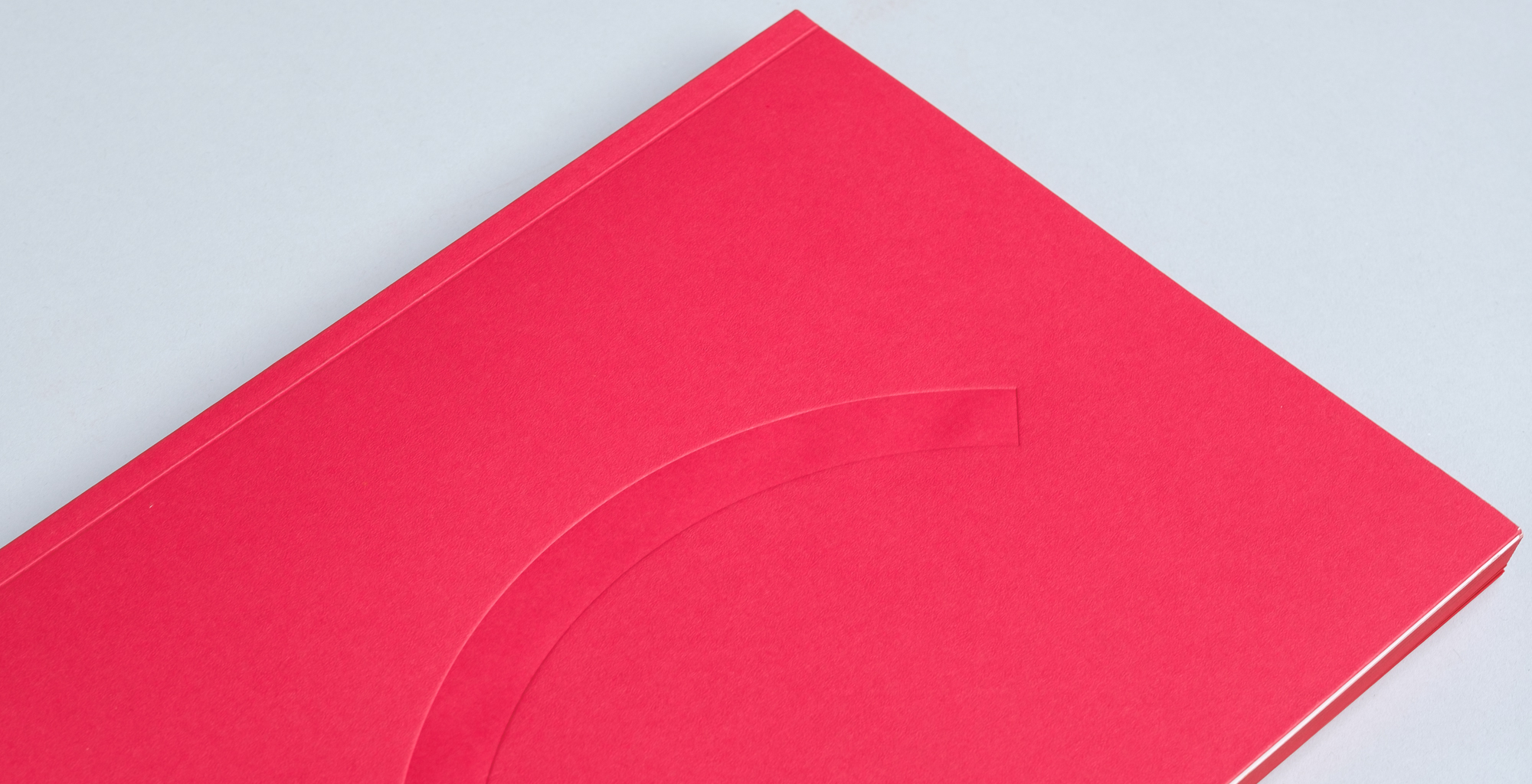 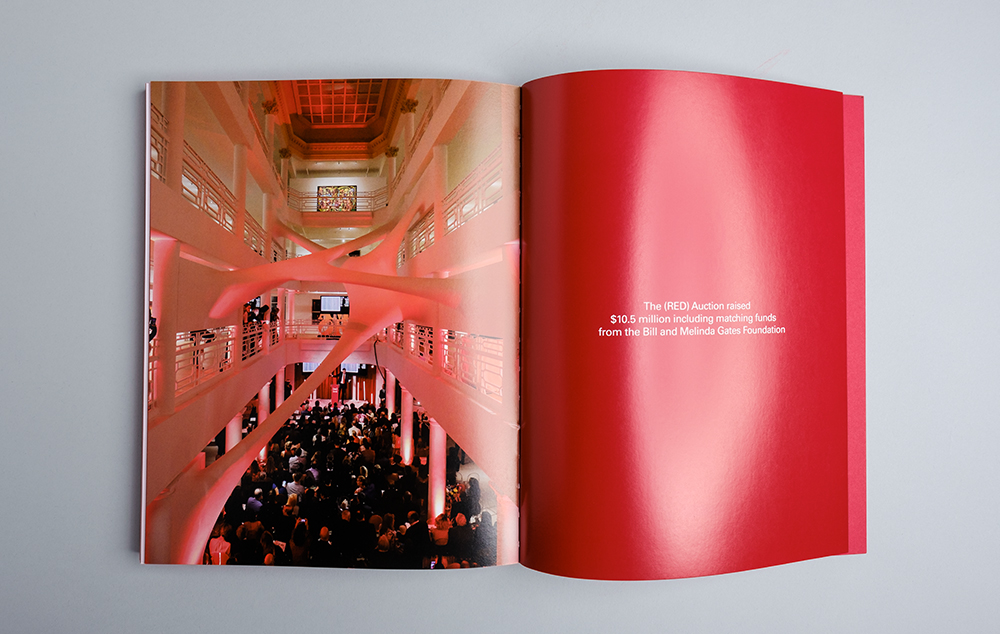 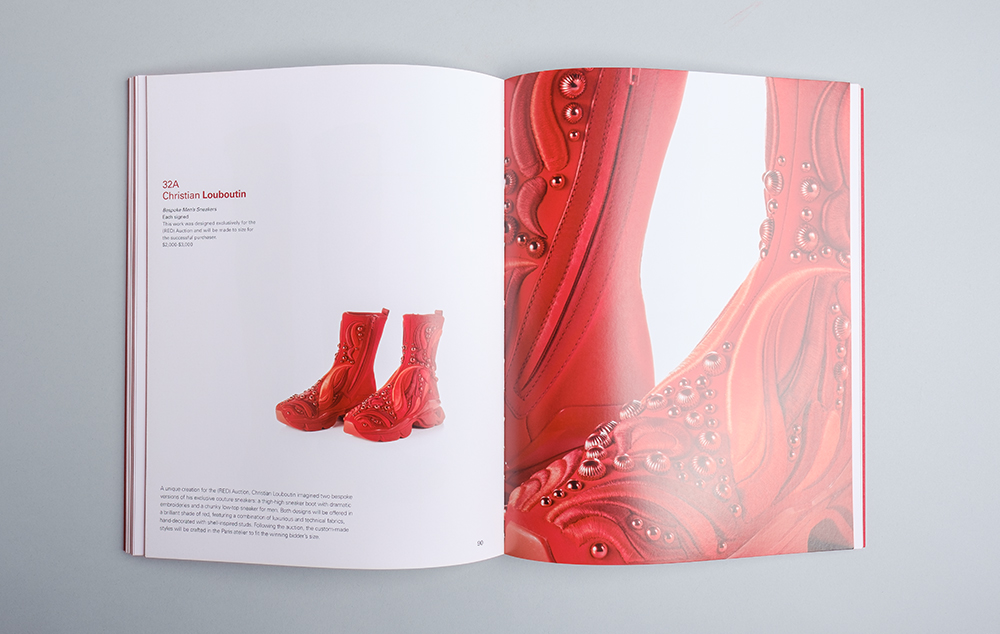 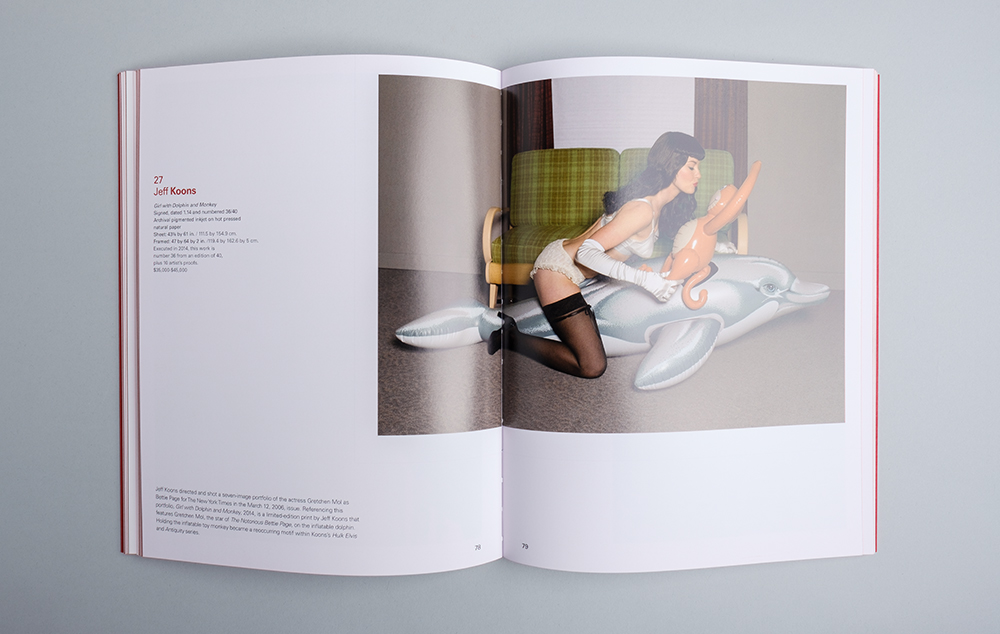 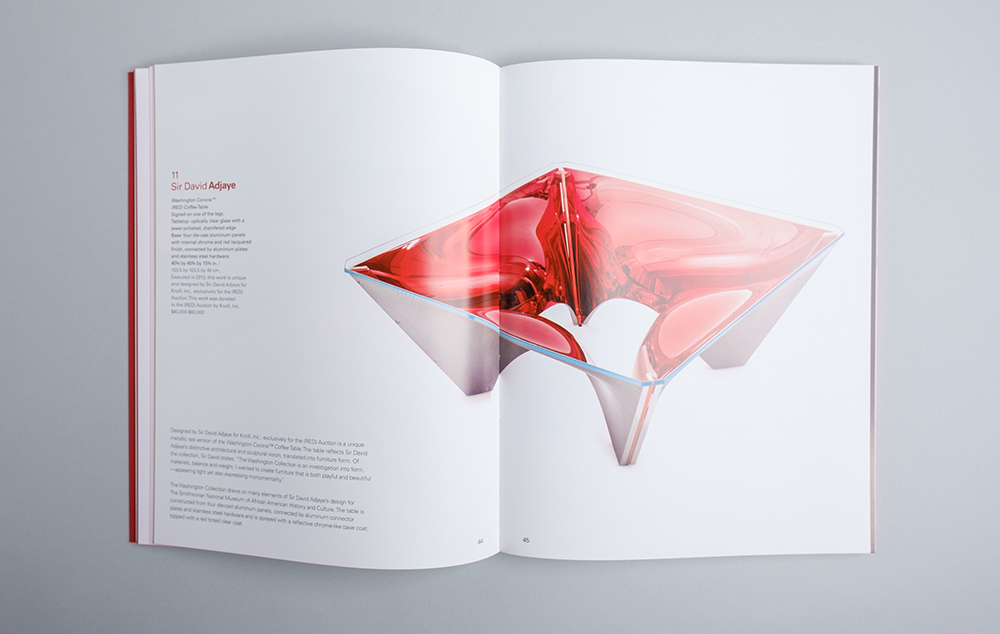 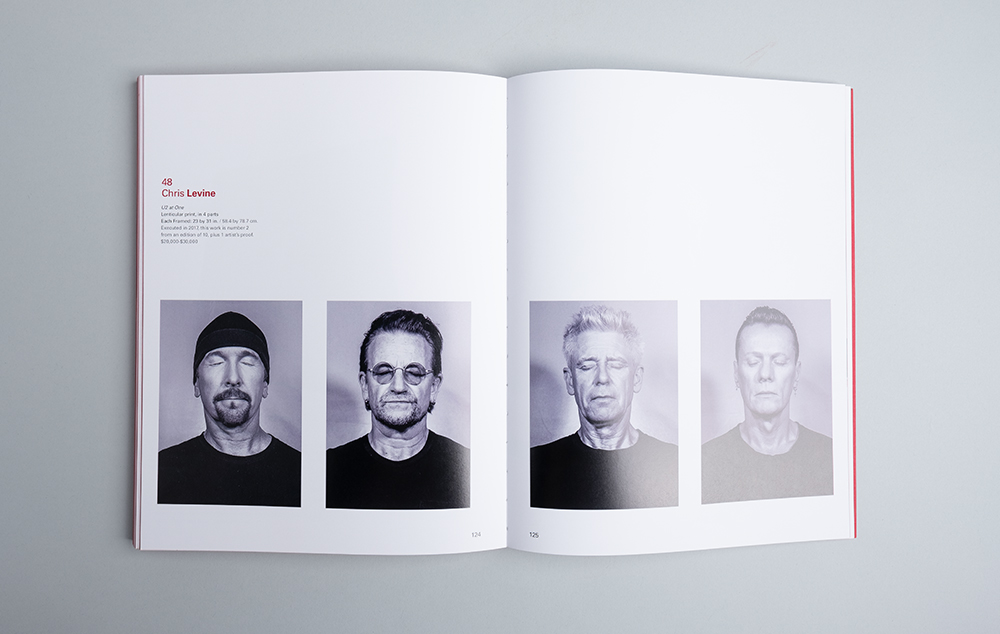 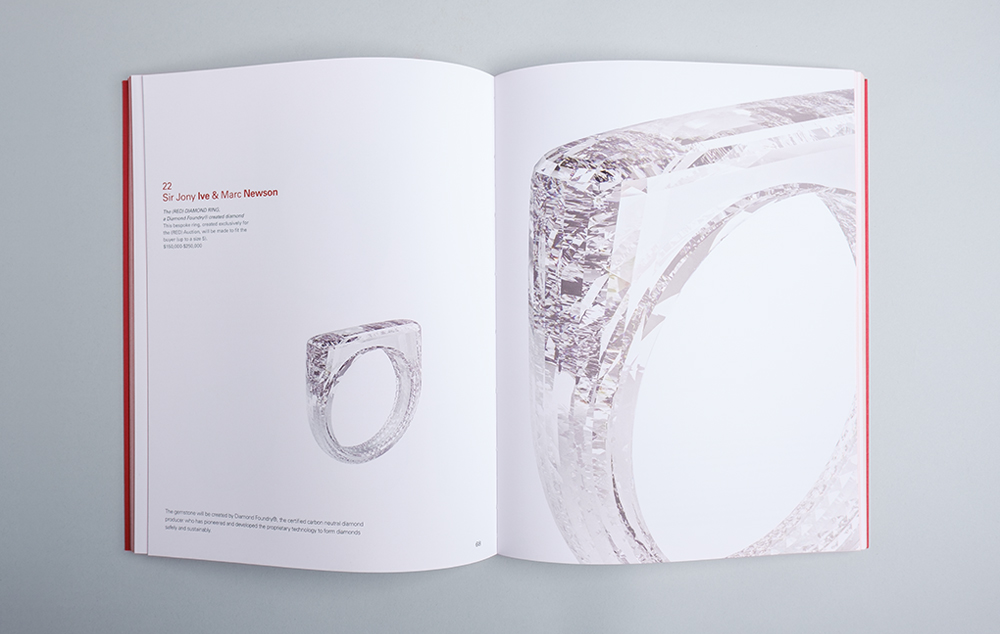 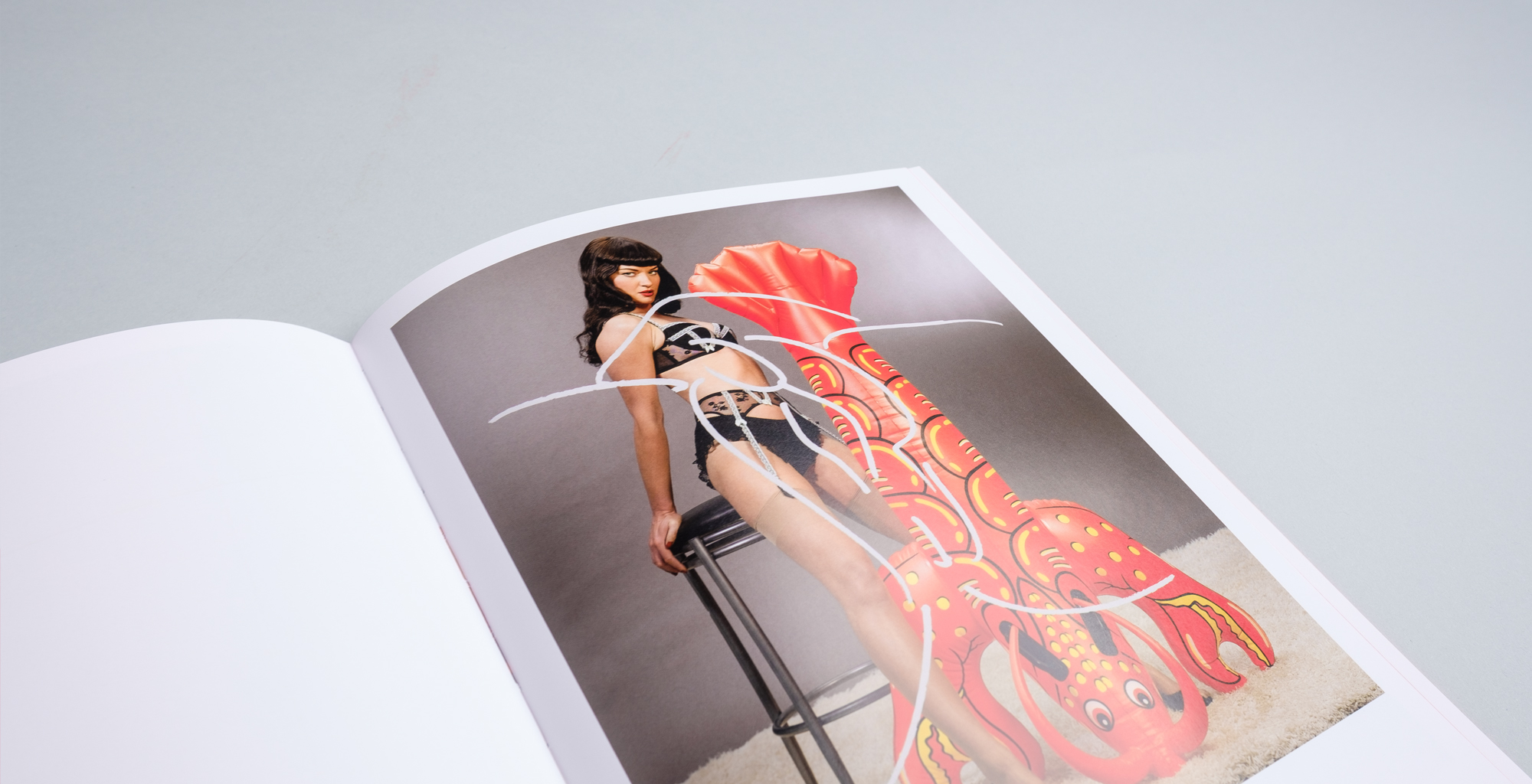